NOTTINGHAMSHIRE BEEKEEPERS' ASSOCIATION
Radcliffe on Trent Golf Club
Hi, I work at Radcliffe on Trent golf course and for the past year we have been starting to establish wild flowers. Last year was an experiment, which went very well with the members. So this year were going to have a big push on setting as many as we can. I'm interested in having some bees up there. Please contact me-Stephen Barnes if you are interested in keeping some bees on this site. stephenbarnes42@gmail.com (posted 21/02/2018)

The panel were: Maurice Jordan- the secretary of Nottinghamshire BKA, Andrew Barber- Chaiman of Nottinghamshire BKA, Janet Bates -Master Beekeeper and Education secretary and Alec Thomson- Master Beekeeper and  Notts Region committee. Bob Logan was MC.
The questions varied from what the panel wanted for Christmas to feeding bees to varroa treatment.
One thing the panel were all agreed on was that Ted Hooper's book Guide to Bees and Honey is still the best beekeeping book to buy. Get a recent edition- there was no varroa when he first wrote it!
A relevant question of feeding fondant reminded us that the fondant should be put on the frames over the cluster so the bees stand the best chance to reach it and avoid isolation starvation.

Anne and Rob held a raffle in aid of Bees Abroad with loads of prizes. Anne also had her Bees Abroad stall with lots of seasonal items to choose from.

We all enjoyed a mince pie with our tea and coffee. 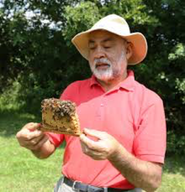 Clive de Bruyn, a very well known beekeeper and speaker at the national and international beekeeping meetings gave us a talk at the November meeting.
The subject of his talk was
"The Products of the Hive".
Clive gave us a very interesting and entertaining  talk on the various good things that come from or as a result of our colonies.
As well as the usual- honey, wax, propolis, royal jelly, pollen and venom, he emphasised pollination, bees and queens. We do tend to take theses for granted.
He had brought flowers, foods and other items to illustrate his talk. Nobody was heard snoring.
He was asked how he responds to vegans who complain that he is exploiting the bees. His answer was to agree with them! Easier than trying to put up a counter argument and it is more or less true.
Thanks to Anne and Rob looked after Clive while he was in Nottingham. This saved us the expense of putting him up in a hotel or B&B. 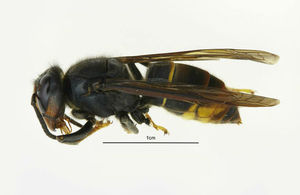 Vespa velutina (Asian hornet) is smaller than our native hornet, with adult workers measuring from 25mm in length and queens measuring 30mm. It's abdomen is mostly black except for it's fourth abdominal segment which is a yellow band located towards the rear. It has characteristical yellow legs which accounts for why it is often called the yellow legged hornet and it's face is orange with two brownish red compound eyes. 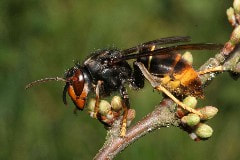 Bad news- an Asian hornet has been found in Devon, at an apiary near Woolacombe.
The National Bee Unit has confirmed a sighting of the Asian hornet at an apiary near Woolacombe in Devon.
The Asian hornet is smaller than our native hornet and poses no greater risk to human health than a bee. However, they do pose a risk to honey bees.
This is the first confirmed sighting since last year, when a nest was discovered in the Tetbury area in Gloucestershire. That Asian hornet incursion was successfully contained by bee inspectors who promptly tracked down and destroyed the nest.
Work to identify, destroy and remove any nests is already underway, which includes:

The speaker was David Coop who is Research, Development and Marketing Director of Elsom’s Seeds, and he gave us a very interesting presentation on how seeds are developed for agricultural and horticultural plantings.
​David has worked for Bayer in the past and he predicted that neonicotinoids will be banned altogether in the future. Unfortunately, he felt that this could lead to farmers not growing OSR at all because of the problem with flea beetle.
​
Independent judge was Alan Woodward from Doncaster.

The entries were judged while we heard David Coop's presentation.
Delicious refreshments were served after the talk by Arlene and Janice. Thanks to them.

NBKA ANNUAL AUCTION of Bees and Beekeeping Equipment
was held on Saturday, 1st April 2017,  at the Newark and Notts Show Ground

This year's auction was held in the cow shed (our usual shed was fully booked).
There were over 300 lots for auction. There were only 4 colonies for sale but they looked to be in good fettle when Norman the "Bee Whisperer" did his usual assessment of the bees. The auctioneer, Pete Bull, wasn't taking any chances, he was fully equipped in a fluorescent yellow bee suit.
Click on the photos to see them in their full glory! 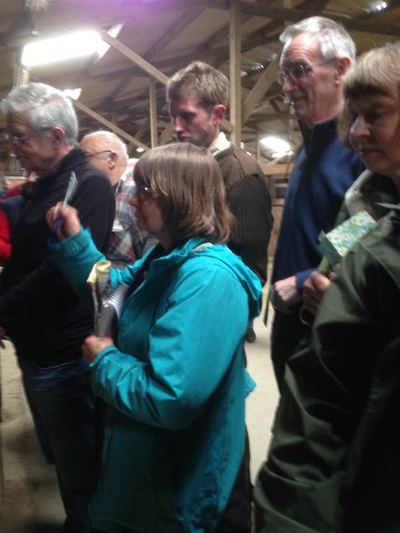 Going for a bargain 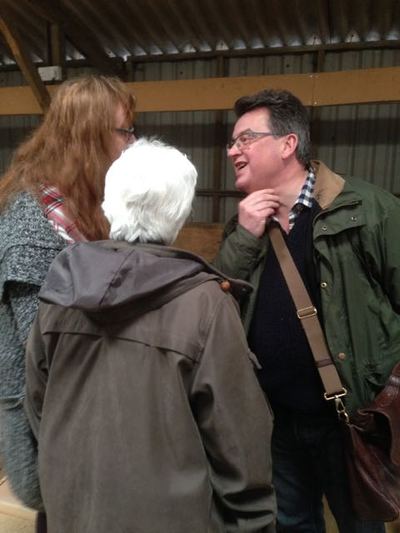 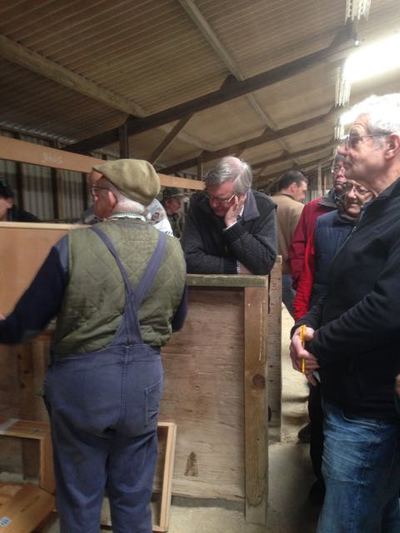 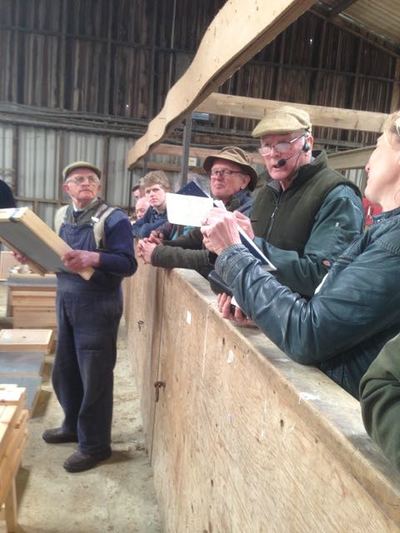 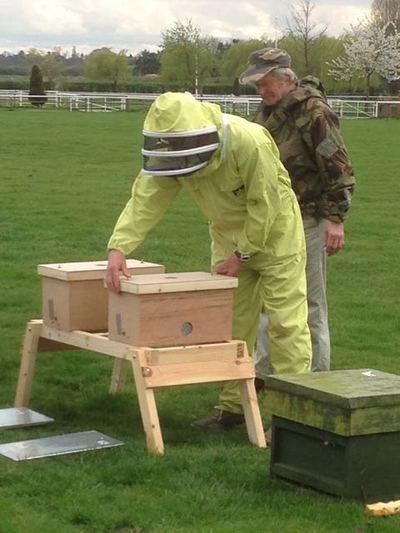 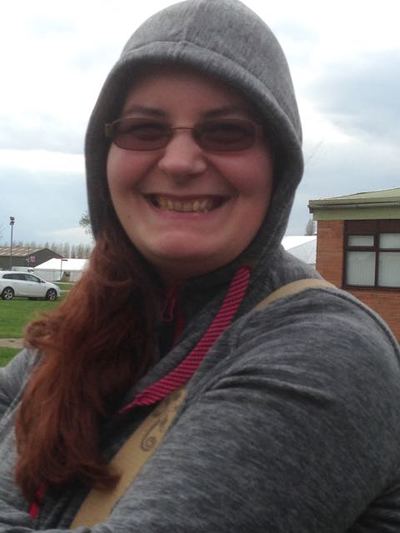 Lucy looks happy
FOR SALE/WANTED/BEES/EQUIPMENT/APIARY SITES. There are bees and equipment for sale on this page.

In the 4th of May issue of the Nottingham post is an obituary notice for long time member Philip Bint who passed away on 27th April aged 88 years
There will be a fuller account of Philip's association with NBKA in BeeMaster.
The Newark Region Course
Dates: Tuesday February 21st 2017 for six weeks
Time:
Venue: Coddington Village Hall
Cost: £40.00
Contact: Maurice Jordan or Andrew Barber to reserve a place.
The Sherwood Beginners Course
Dates: Wed 8th February 2017 weekly until 29th March 2017
Time: 7.30pm - 9.30pm.
Venue: Sherwood United Reformed Church,1 Edwards Lane, Sherwood, NG5 3AA
Cost: £40.00- send a cheque to secure a place.
The course will include a practical session on building hives and frames.
Contact: Bob Logan  to reserve a place.

Agenda
1. Apologies for absence
2. Minutes of the 2016 AGM (Click here)
3. Matters arising
4. Chairman’s report
5. Accounts for 2016
6. Subscriptions for 2018
7. Election of one trustee
8. Election of President
9. Election of secretary
10. Election of membership secretary
11. Election of show secretary
12. Election of librarian
13. Election of two council members
14. BDI assurance
15. Presentation of cups and awards
16. Any other business
17. Date and time of the next AGM

Spring Preparations-Alec and his American cousin?

At the Notts January meeting Alec gave us a run through of the sort of things we should be doing in preparation for the bee season. Hopefully the bees will be in good order as a result of the attention they had in the autumn-feeding, treating and hive integrity.
Fondant is the food of choice at this time of the year (winter).

Alec with the help of Bob showed us a video (hired from the BBKA library)​. It was American so the hives were Langstroth. It was very entertaining.
It is important that everyone realises that:Learn how to recognise healthy brood and then you will notice when something is wrong. If you can't make a diagnosis there will be somebody who can help.